In the past the big brand mobile phone makers did not pay too much attention to dual-SIM phones. Although companies like Samsung and HTC started releasing dual-SIM smartphones their spec was never really good. A recent example is the Galaxy S Duos that was made available internationally end of 2012. At a time where the Samsung Galaxy S3 flagship already featured a quad-core processor while the dual-SIM phone still ran on a single core 1GHz Qualcomm MSM7227A. Customers seeking for more powerful dual-SIM phones were more or less forced to buy a Chinese ShanZhai phone.

Obviously Samsung now seems to have realized this gap in their portfolio and shows willingness to change this. Right after the international launch of their new flagship phone pictures of a Galaxy S4 dual-SIM version surfaced. What could also be a well made ShanZhai copy of the S4 design in fact looks like a real Galaxy S4 dual-SIM version. See for yourself in the pictures at the end of this post.

Although Chinese manufacturers are already delivering quad-core dual-SIM phones with full HD screens – often looking a lot like Samsung Galaxy phones – Samsung’s original still has some interesting features to add. Besides their usual software additions and modifications to the Android system, the S4 offer loads of sensors, NFC, an AMOLED/PHOLED screen and a touchscreen that can sense the finger already before touching the screen. Not to forget the powerful Exynos Octa processor running at 1.6 Ghz. The only thing that seems to be missing, compared to the international Galaxy S4 is LTE. This is no big surprise as LTE has not yet started in China. However, this could also be added as quickly as this dual-SIM version came up. The pictures show a WCDMA 3G version that is bound for China Unicom. Most likely there will be additional versions for China Mobile (TD-SCDMA) and China Telecom (CDMA2000), too.

No indication has so far been given on the price of the dual-SIM version of the Galaxy S4. It can however be expected to be much higher that what Umi and Jiayu will ask for their top-end phones.

Summarizing the specification, the Galaxy S4 has everything that at a 2013 top-end phone should offer. It remains to be seen if all its components and features will be come a standard that is going to be adopted by the majority of ShanZhai phone makers. They do however have a new, higher target to aim at. It is good to see that Samsung starts taking dual-SIM seriously. Now there is another good option for those looking for a well equipped dual-SIM phone. 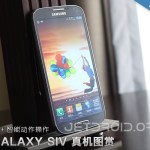 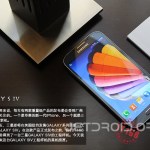 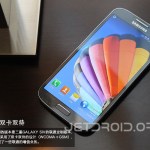 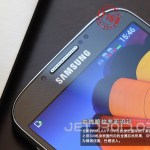 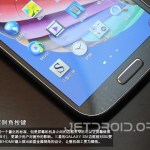 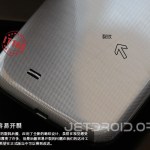 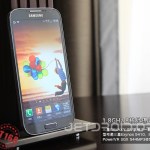 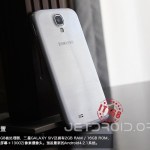 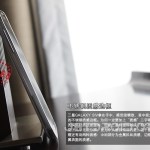 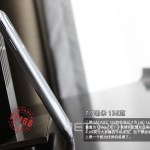 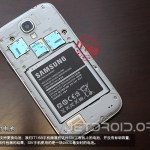 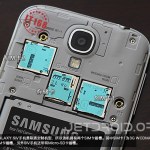 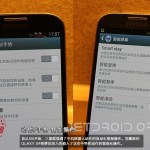 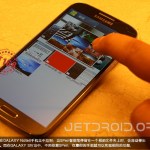 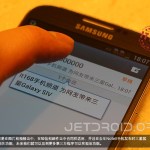 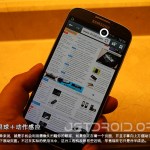 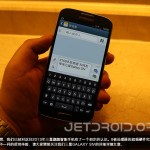 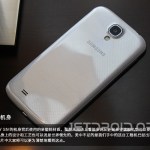 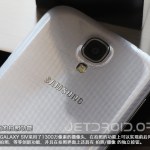