AnTuTu, the makers of the famous Android benchmark app, have release an updated version of their test suite on Google Play. The new 3.0 version that supersedes the current version 2.9 brings not only a brushed up user interface but also new AnTuTu benchmark scores.

In order to get an impression what difference the new version makes we ran a couple of benchmarks in both versions for different Android devices. It turns out that the new AnTuTu benchmark scores are around 20 to 30% higher than the ratings of the old version. Here are the results:

But where do the different results come from? A closer look at the different benchmark results yield the conclusions that some parts of the test suite remained unchanged but some underwent renovation. Both the 2D and 3D graphic benchmarks were replaced by new versions that feature more complex tests. For example an OpenGL ES 2.0 benchmark (same as in AnTuTu’s 3DRating Benchmark) was added to the 3D performance test. Thus the 2D and 3D test results have changed while the CPU and IO test results seem to remain the same. Along with the graphics benchmark result AnTuTu now also lists the screen resolution as this has a significant impact on the result. The table below shows different results for the Galaxy S3 as an example.

As the results have obviously changed it is going to be interesting how AnTuTu manages to differentiate the results from old and new benchmarks. In case no difference is made there could be some confusion about the AnTuTu benchmark scores. Let’s hope this quickly settles and AnTuTu remains the de-facto standard for benchmarks of Chinese gadgets. 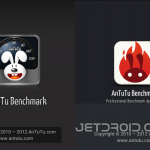 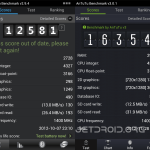 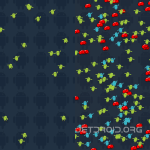 The first 2D benchmark has not changed much. The new version (right) shows more objects in different colors than the old version (left) 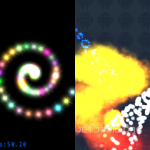 A big difference can be observed between the old 2.9.4 version of the second 2D test (left) and the new 3.0.1 version (right). The old light-spiral hase been replace by some more spectacular effects. 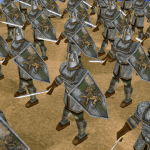 The 3D benchmark has been renamed to OpenGL ES 1.1 but otherwise remains the same. 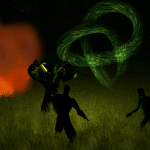 An OpenGL ES 2.0 benchmark has been added to AnTuTu 3.0.1. It is the same benchmark that was already available as standalone “3DRating Benchmark” on Google Play.