Nexus 4 and Nexus 10 launched despite hurricane 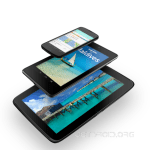 Hurricane Sandy almost ruined the big for Google. As today’s launch event in New York was canceled due to severely bad weather it seemed like we would have to wait a little longer until the new Nexus devices would be officially presented. But Google chose to launch their new Nexus products without a big event. A post on Google’s official blog informed us about the news.

So, what’s new? First of all a new software release: Android 4.2. It is still called Jelly Bean (no Key Lime Pie, yet) but has some new extras like the new panoramic photo app called “Photo Sphere”, an improved Google Now that knows hotel reservations, flight bookings and theatre and movie showtimes. Also new is an updated keyboard that features the swipe like so-called “gesture typing” text entry. My personal favorite among the new 4.2 features is multi-user support. Available only on tablets it enables multiple users to have their own settings, apps and games and switch between the setting from the lockscreen. To enable seamless sharing of any content like movies, pictures or the very display of an app to TV sets and special HDMI dongles the new 4.2 system is going to support Miracast. 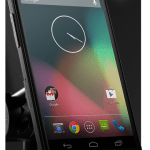 This is the new Nexus 4 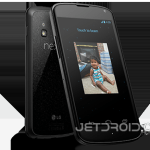 Nexus 4 is the new Google phone replacing the Galaxy Nexus as the premier phone in the Android universe. It is producted by LG and features a quad-core 1.5 GHz Qualcomm Snapdragon S4 Pro processor, 2GB RAM, 8GB of 16GB flash memory, a crisp 4.7-inch 1280 x 768 display, and an 8 megapixel rear camera. The spec closely resembles the LG Optimus G which is said to be the base for the new Nexus 4. This is in no way a bad news as the Optimus G is known to show excellent performance and just suffered from a weak software – that should not be an issue with the Nexus 4. Another neat feature the Nexus 4 is going to have is wireless charging. Starting November 13th you will be able to buy the Nexus 4 for $299 (8 GB) and $349 (16 GB).

Finally Google also officially announced the new Nexus 10 tablet. The spec of this device is pretty much what was already leaked before. It is powered by 1.7 GHz, Samsung Exynos 5250 Dual-core Cortex-A15 processor with a Mali-T604 GPU and features 2GB RAM, 16GB flash, an impressive 10.1-inch 2560 x 1600 display with a resolution of 298.9 pixels-per-inch. Additionally it gets a 5MP rear camera with LED flash, a front-facing camera, WiFi, NFC, Bluetooth 4.0 and Stereo speakers. You will be able to buy yours starting November 13th if you are in the U.S., in U.K., Australia, France, Germany, Spain, Canada and Japan. Prices start at $399 for the 16 GB version and $499 for the 32 GB version.